What Does Brad Brown’s Snowcat Ride Have To Do With Your Public Safety?

What Does Brad Brown’s Snowcat Ride Have To Do With Your Public Safety?

Title: What Does Brad Brown’s Snowcat Ride Have To Do With Your Public Safety?

Brad Brown is leaving early this morning from his home in Nine Mile Falls, Washington just outside Spokane. As a service technician for Power Systems West, he’s got a long day ahead of him servicing the Kohler Power backup generator at the AT&T cell tower on the summit of the remote Johnny George Mountain.

Brad drives his Power Systems West service truck to the Keller Ferry Crossing on the Columbia River, crosses into the Coville Confederated Tribes Reservation, and drives several more miles to the base of Johnny George Mountain. From there, he hops in a snowcat and slowly creeps twenty miles uphill to the summit and the AT&T broadband tower.

Cell towers are powered by electricity and we all know power can go out. To make sure their signal stays on, broadband service providers like AT&T depend on Kohler 40kw, 50kw, and 60kw backup power generators serviced by Power Systems West as a critical backup resource for their communications infrastructure. But for AT&T it’s more than just making sure you and I can make a call or get a text. It’s about our public safety.

AT&T’s FirstNET is America’s first dedicated broadband network designed for first responders. When disasters happen, broadband services get clogged with call volume. FirstNET prioritizes connecting metropolitan areas to remote rural areas during emergencies and disasters so police, firefighters, medical personnel, and other critical responders can communicate through voice, video, and data. Enabling them share information about conditions on the ground and get to us when we’re in trouble.

Yes, Brad Brown and dozens of other Power Systems service technicians across seven western states take ferries, ride snowcats, and hike into remote spots like Johnny George Mountain so you can make that call and get that text. They also do it so you and your loved ones can get the lifesaving response you need when you may need it most. 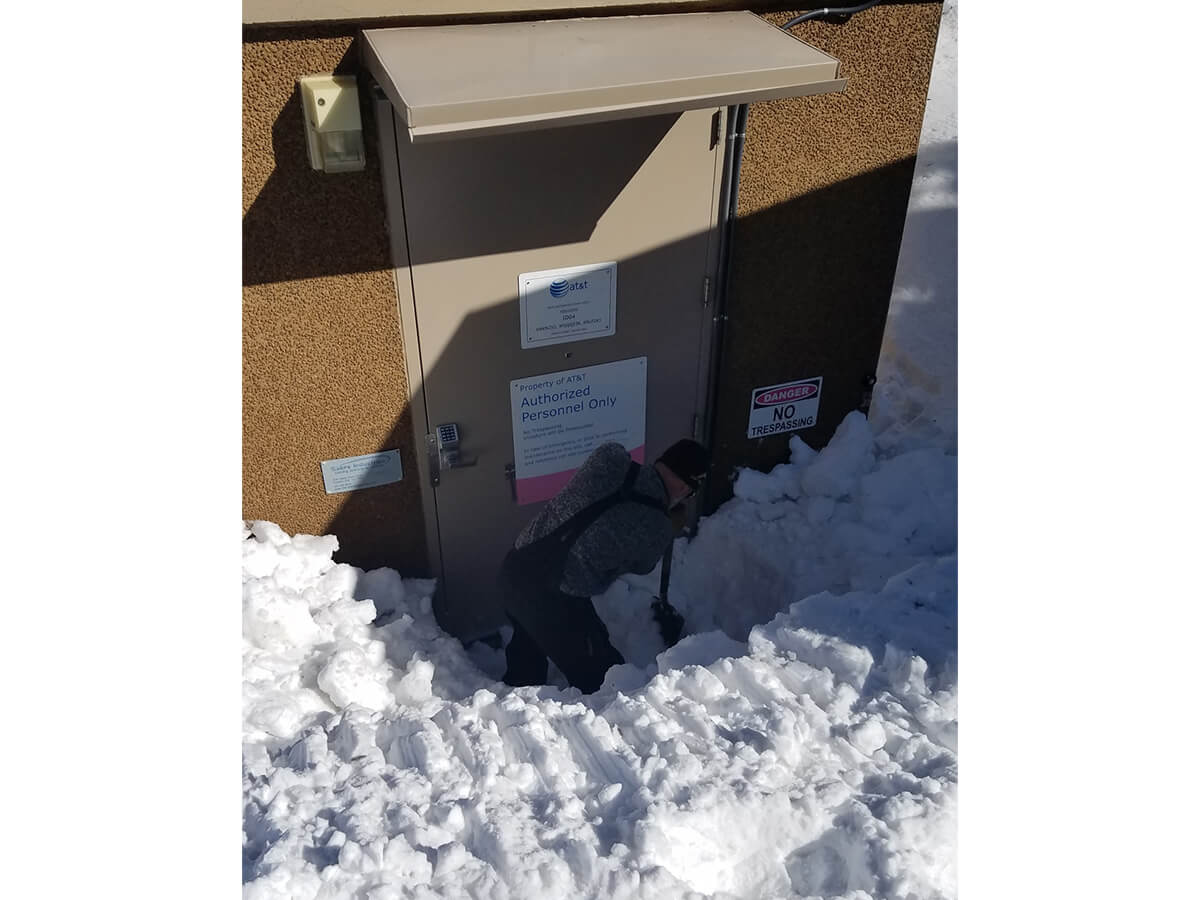