Power Systems West likes to back a winner. Even if that winner happens to be a rookie. Leon Tridle III is about to begin his rookie season racing his Legends Car in the Sprintcar Season Opener beginning April 16, 2022 at Meridian Speedway near Boise, Idaho. The U.S. Legends Cars International (USLCI) racing season will include 10 races at Meridian and three races in Twin Falls, Idaho. Power Systems West with Kohler will be along for the ride as official sponsors of Leon’s car. Even though this is Leon’s rookie season, racing is in his blood. After mastering his bicycle at the age of three, Leon moved on to racing 50cc dirt bikes, then dune buggies and 4-wheelers. Leon is also the grandson of Scott Luhdorff, a legendary World of Outlaws Champion sprint car driver who raced out of San Jose, California. What does granddad think of Leon carrying the torch for the family’s next racing chapter? “It’s going to be a good time for the whole family. He needs to remember to have fun, winning is good too.”

Leon’s mother Rachelle says, “I’m not nervous. I think Leon’s racing will be nostalgic for me. It will bring back memories of my youth watching my dad, race around the track. We just want Leon to have fun.” Rachelle is a Service Coordinator for the service department in Power Systems West’s Boise office where she manages major commercial backup generator accounts.

Leon’s Legends Car is 5/8 scale, fiberglass version of the original NASCAR modified series and has the look of a classic Ford Roadster. Leon’s car also has a history of successful racing. It was purchased from Legend’s racer Tom Matheson who lives in Pasco, Washington. Tom raced it often at Hermiston, Oregon and at Meridian Speedway where Leon will race it on April 16. Thanks to Tom, Leon’s car already has a bit of reputation for winning among the drivers who race there.

“We’re excited about sponsoring Leon and his Legends car,” says Brad Lyons, Power Systems West President. “We believe in supporting our employees, their families and the communities we serve in. I am honored we can be a small part of Leon’s dream to be the next generation of his family’s rich racing legacy. PSW employees will be cheering for him all across the Rocky Mountains and Pacific Northwest!” 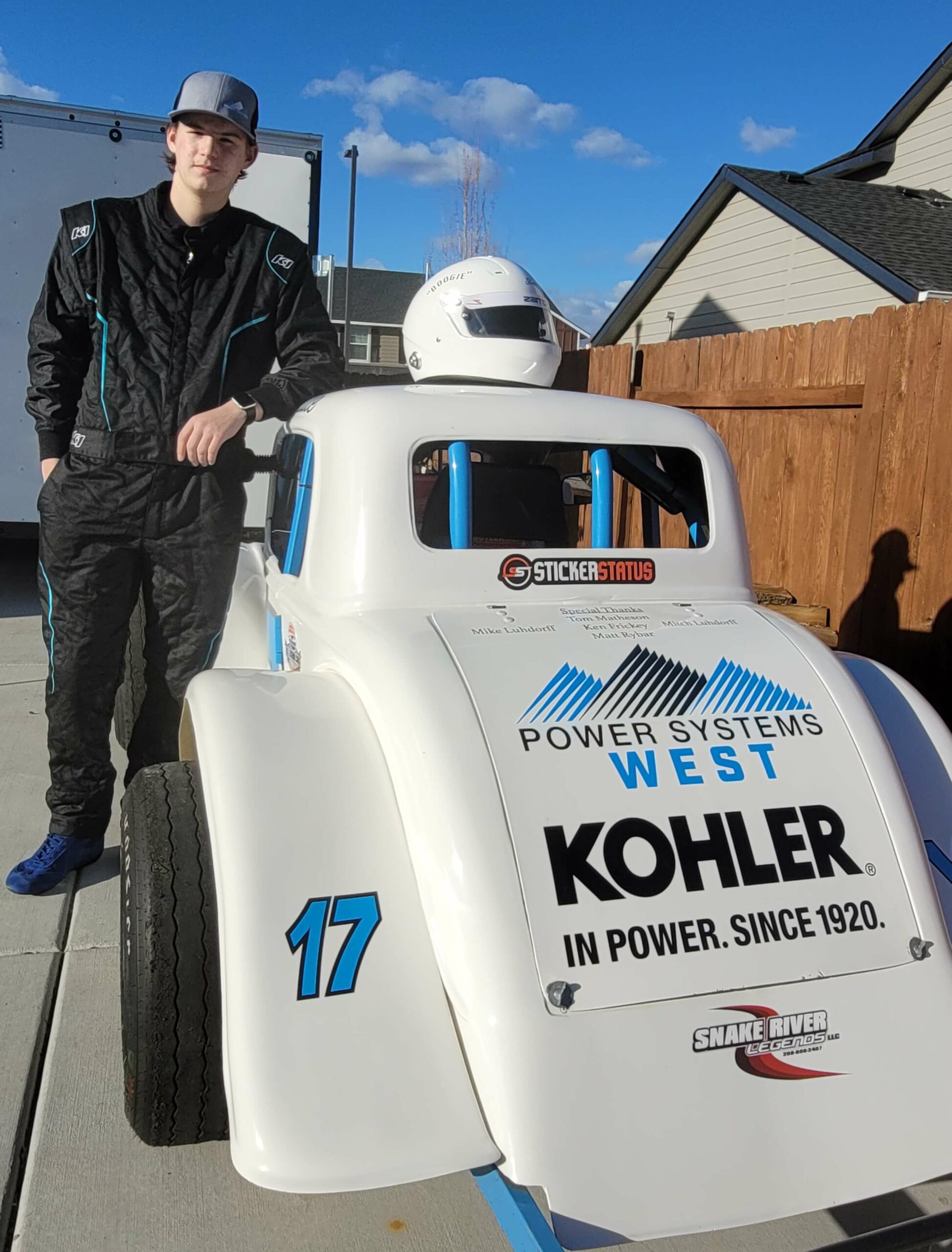