Power Systems West (PSW) Territory Manager Ben Beck believes in solutions. Especially when it means finding them for his customers. So, when Ben put a bid together for a Kohler generator package for the new Klickitat County Services Building in Goldendale, Washington, he worked with PSW Application Engineer Vincent Biggart to develop solutions that met design specifications and saved money for this cost-conscious public entity.

Hage Electric from The Dalles, Oregon was assigned as the electrical subcontractor for the project. Once PSW was awarded the work, Ben and Vincent began collaborating with Hage Electric Project Coordinator Doug Hammer.

“There were several questions the project team had regarding power output, system design, generator anchoring, and delivery logistics,” according to Hammer. “Ben and Vincent were very responsive providing solutions to the team that allowed us to make the best decisions from system design to installation and start up,” says Doug.

The new Service Center is bringing several critical County agencies together under one roof including planning, juvenile services, senior services and public health. Because it is serving as the primary community response center for the county, designing the most reliable backup power system was essential.

Klickitat County chose two Kohler 300REZXB, 60 Hz natural gas generators. Since this facility is serving as the emergency response center for the county, natural gas was selected over liquid propane or diesel because of the unlimited fuel supply from a gas line rather than fuel tanks. The Kohler 300REZXB’s were fitted with custom-sized Kohler enclosures designed for optimal sound abatement, seismic and wind load.

Another solution Ben and Vincent provided to the Klickitat project was installing a new Kohler APM603 Controller, an advanced power management controller designed for paralleling multiple generator sets. The APM603 replaced the need for parallel switchgear in the Service Building electrical room saving the county facility space and money. The APM603 will act as a central command center communicating intuitive control, system monitoring and diagnostics and load management with both generators concurrently.

“We were able to provide Klickitat County with a highly reliable, state-of-the-art backup power generator system for their mission critical operations while saving them tens of thousands of dollars in the process, says Ben Beck. “Those are the kinds of solutions Power Systems West likes to provide.” 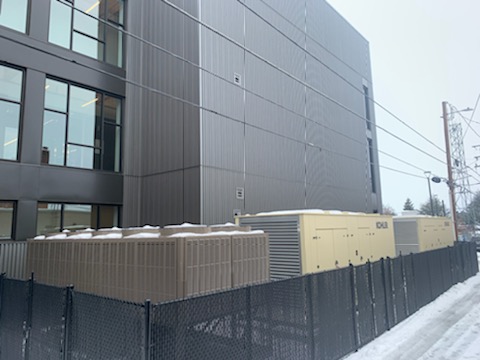 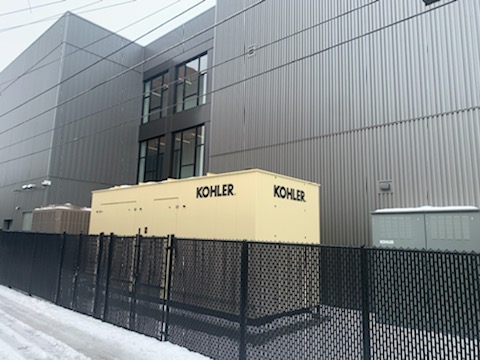